One-day Studio-workshop: Learn the world's most advanced AR system, Meta Spaceglass, and create games like this: 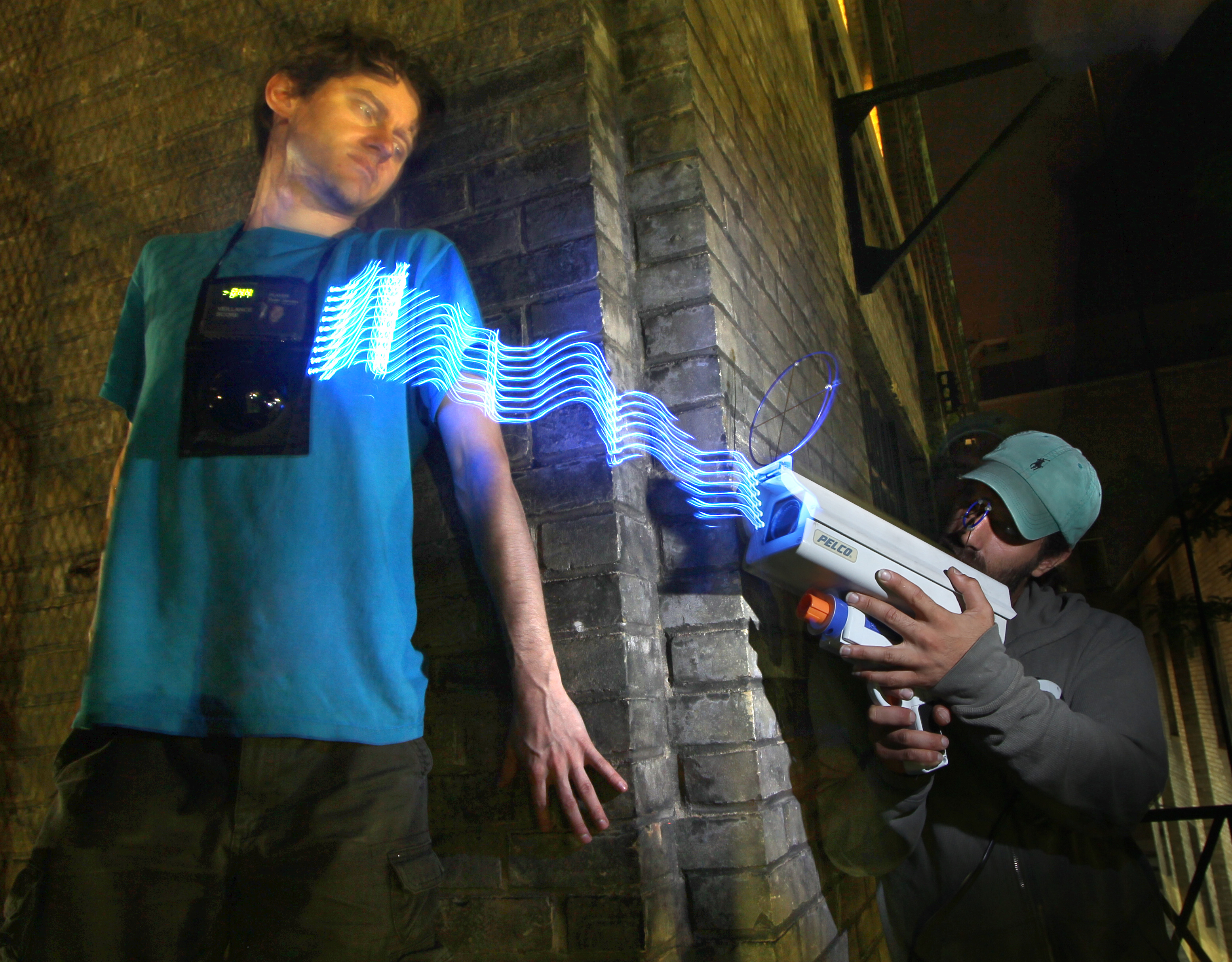 Background:
The general-purpose wearable multimedia computer has enjoyed a long history since the 1970s:

Participants will also learn how to use 3D gesture-based AR to visualize and understand real-world phenomena, including being able to see sound waves, see radio waves, and see sight itself (i.e. to visualize vision itself, through abakographic user-interfaces that interact with the time-reversed lightfield, also known as the "sightfield"), as shown below:

Here's a portrait of Thalmic's Chris Goodine holding a gun camera in front of the mirror at FITC Wearables; we can see reflection of "veillance flux" in the mirror:

(found a camera hidden in the right eye of a cute stuffed animal) and visualize the veillance flux of the cameras using 3D AR.

Participants will learn the Meta SDK and how to build multisensory 3D AR interfaces and Natural User Interfaces including some that interact with the real world. Concepts taught will include:

(Click any of these for link to more of them.)