Like woodwind instruments but use WATER instead of air

The hydraulophone is a water-human-machine interface that uses water and mechanical, hydraulic, or other forms of computation to generate sound along with a unique human interface to the sound computation and production.

It was a childhood invention of S. Mann from the 1960s, (c. 1968/1969) that originally needed to be played and listened to underwater, but modern hydraulophones can be played and heard above the water's surface.

Computational varitions include the H2Organ (1975) and Aqua-Syntauri (1980), using hydraulophone as a human-computer inteface. In this way the hydraulophone can be adapted towards being an arbitrary control surface for a variety of games and other forms of playful interaction.

Can be played along with traditional orchestra: 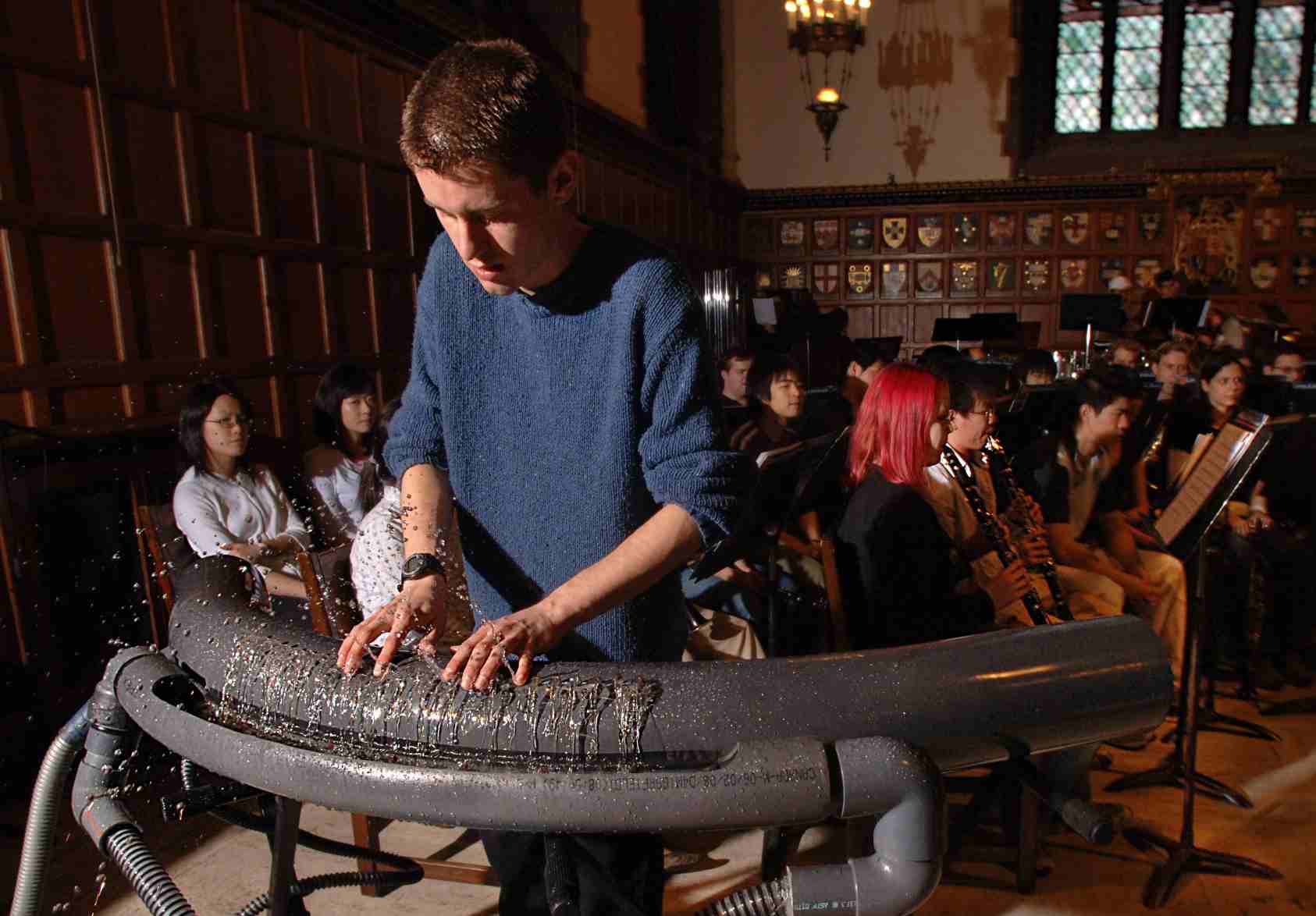 In the early days this work was exhibited in the arts community, and much later reported in the academic community: 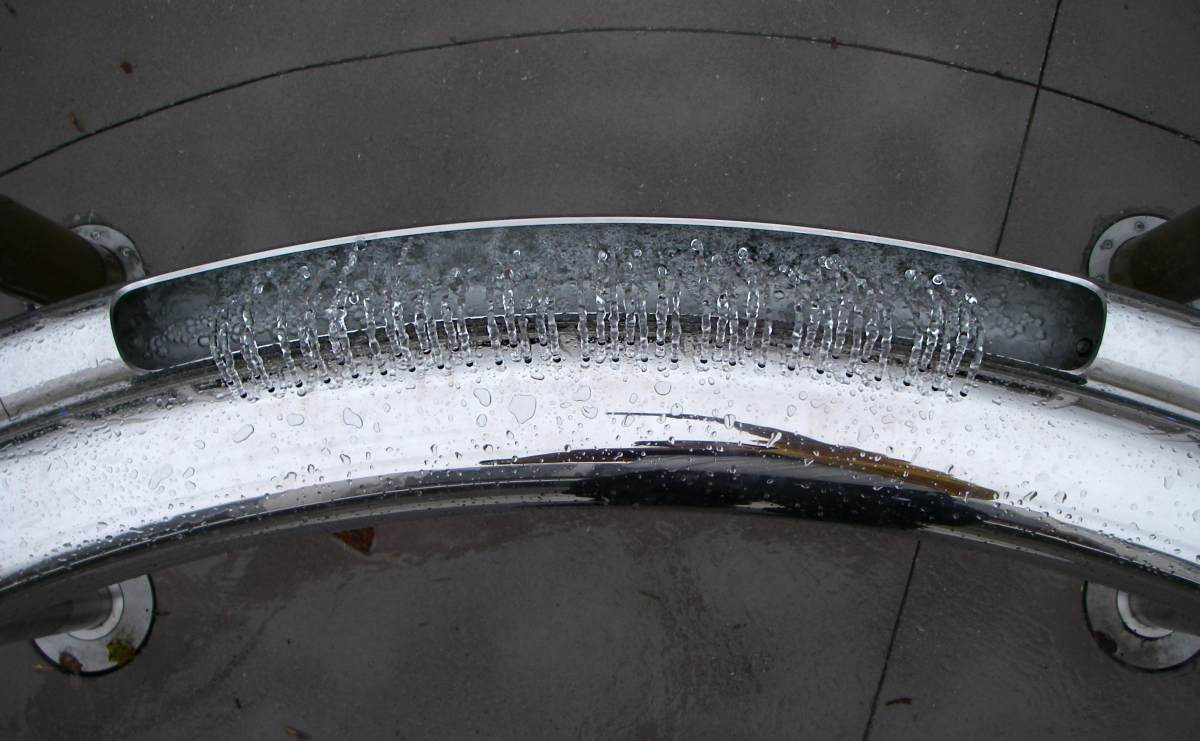 Download a movie (.mov) of a water-pipe organ made from IPEX PVC pipes, here.

See this hydraulophone at Nuit Blanche, the all-night arts festival

IPEX pipe organ at the Water Festival in Kensington Market:

TheStrand:
Anyone that ever thought the Faculties of Engineering and Music have nothing in common was proven wrong just outside the Edward Johnson Building. A joint initiative between these two faculties created an instrument called a hydralophone. Creator and engineering professor Steve Mann and members of his team were on hand to provide musical demonstrations as a part of the Faculty of Music's Son(ic)ambulism.

My first impression was that the hydraulophone looked somewhat like a fountain, but I was informed by team member Ryan Jensen that it's actually a cross between a pipe organ and a flute. It is pressure-sensitive, and instead of pushing out air to make sound, it uses water, which makes for a very wet but very cool performance.

When the musicians took a break, the crowd's fingers were all over it. Some of us played simple tunes, but most of us just played around and soaked each other. Jensen explained that he likes playing because you can put a lot of expression into each note, and its sound is sad, something like the call of the loon.

Shipping size for concert hydraulophone (note the yardstick and rulers on the high-pressure lines' pump case; pump cases are each 9 inches high off the floor); lens is 28mm NIKKOR on d2x camera.

Download a movie (.mov) of this Pipe Organ being played

A full resolution version for writing to CD (approx. 500 megabytes) is here

Summary: brief paper about the hydraulophone

Music and musical notation for hydraulophone